Nine killed in Kharkiv, a residential area in Ukraine by Russian attacks as talks just ended with the Russian side. 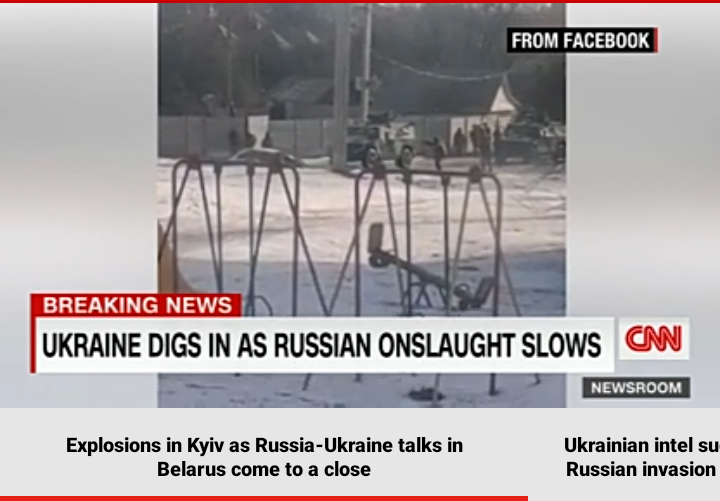 According to a detailed CNN report, the just ended talks between Ukraine and Russia are not enough to bring and end to continuous fighting between the two warring countries. This has brought in 9 deaths on the Ukrainian front in Kharkiv, a residential area in Ukraine’s largest city Kyiv. 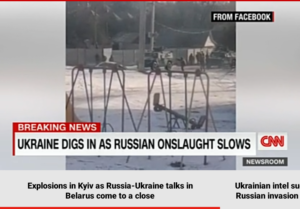 Kyiv, Ukraine (CNN) – Russian forces bombarded a residential area in Ukraine’s second-largest city with rockets on Monday, killing at least nine people, and several large detonations were heard in the center of the capital Kyiv, as talks between delegates on both sides in Belarus came to a close.

The attack and explosions were launched as Russia becomes increasingly isolated from the rest of the world, particularly Western nations, which have been imposing a rash of sanctions on the country since it launched its invasion of Ukraine last week.

The bombardment in the city of Kharkiv on Monday killed nine civilians, including three children, and wounded 37 others, Mayor Ihor Terekhov said. CNN is reaching out to Russian authorities for comment on the attack.

According to social media videos geolocated by CNN, multiple rockets were seen exploding closely together in a residential part of the Saltivka neighborhood, near a supermarket in the northeast of the city, which the Russian military has frequently targeted.

Ukraine’s Prosecutor General Iryna Venediktova described the situation in Kharkiv as “hellish” and shared a video on Facebook of a missile that hit a kitchen window and tore off the leg of a woman, who she said later died in hospital.

Both sides discussed a potential “ceasefire and the end of combat actions on the territory of Ukraine,” Ukrainian presidential adviser Mikhaylo Podolyak told reporters.

Without going into detail, Podolyak said that both sides would return to their capitals for consultations over whether to implement a number of “decisions.”

“The parties discussed holding another round of negotiations where these decisions can develop,” he said.

Zelensky earlier downplayed the significance of the talks, which he is not attending in person.

“I do not really believe in the result of this meeting, but let them try, so that no citizen of Ukraine would have any doubt that I, as president, did not try to stop the war when there was even a small chance,” he said Sunday.