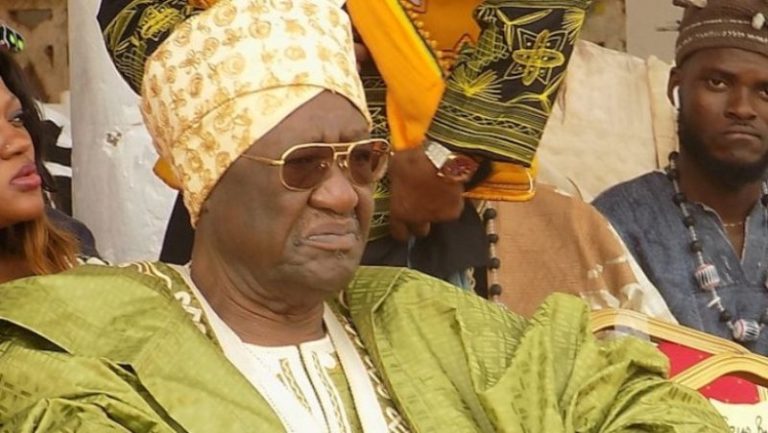 The Sultan of the Bamoun people passed on this Monday, September 27, 2021 in the American hospital in France where he has been on intensive care for the past weeks. The former member of the Cameroon government left Yaoundé on September 15, 2021 to pursue his treatment in Europe, after suffering from health complications related to Covid-19.

Cacique of the Biya regime in power for forty years, Ibrahim Mbombo Njoya, was first hospitalized at the Yaoundé Emergency Center when his state of health deteriorated while he was in his palace in Foumban, in the Western Region.

“His Majesty suffered from several illnesses, which is no surprise considering his 84 years. But last week his health deteriorated further. The current pandemic, the Coronavirus, is believed to have been involved as well. Everyone deemed it appropriate to be evacuated,” a close friend of the Monarch said, without revealing the country which would host the former member of the government.

Twelve days after this medical evacuation, the sad news fell like a cleaver on Monday. In Foumban, it is total desolation as the town has been plunged into a total silence since the news broke out. The population has gathered in front of the palace to mourn. Entering into the palace is strictly limited to administrative authorities and the royal family.

The appointed Senator of the CPDM, the ruling party, became the Sultan, King of the Bamoun in 1992.

Below is the biography of the illustrious deceased, published by the CPDM, the ruling party.

Born in 1937 Son of Seidou Njimouluh Njoya, Sultan of Bamoun, Ibrahim Mbombo Njoya was born in Foumban in 1937. After primary studies in his hometown, he pursued secondary studies in France. However, he returned to the fold to finish his secondary studies at the Lycée Général Leclerc in Yaoundé. As for higher studies, they take place at the Institute of African Administrative Studies in Dakar, from which he graduated with a second degree.

Since August 10, 1992, he has been Sultan of Bamoun. A member of the Central Committee and the Political Bureau of the UNC since May 1984, he has also assumed the same functions within the CPDM since its creation. He was also PCA of the Cameroonian Broadcasting Office from January 29, 1988 to January 12, 1989.