CAPEF Elections: Minister Enjoins Newly Elected to be Committed and Dedicated in the Exercise of Their Functions 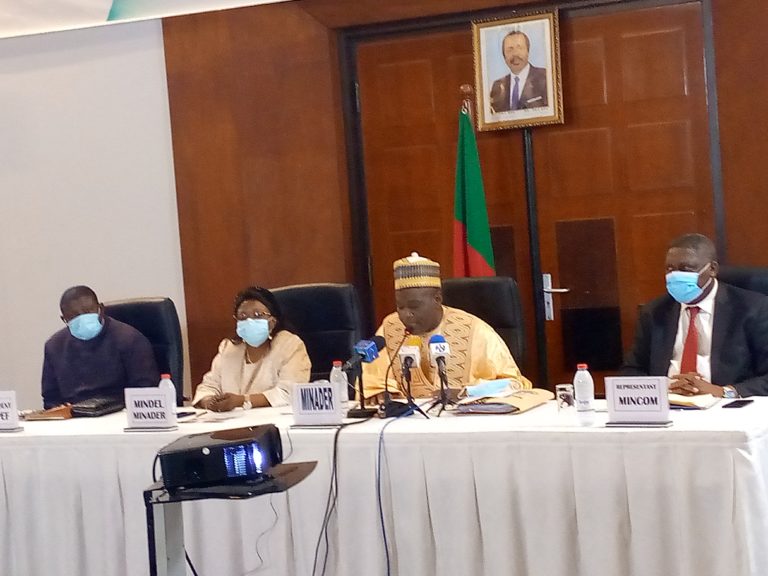 The Minister of Agricultural and Rural Development (MINADER), Gabriel Mbairobe, who doubles as president of the National Electoral Commission (CEN) has called now newly elected members and officers of collegial bodies of the chamber of Agricultural, Fisheries, Livestock and Forest of Cameroon (CAPEF) to be hard-working, dedicated and lead by example in the accomplishment of the new mission assigned to them.

He was talking in Yaoundé on September 22, during the proclamation of the September 12, 2021 CAPEF elections conducted across the national territory.

Talking at the press briefing, the minister reiterated that the elections were fair and transparent, free from any maneuvers. All the Regions, Divisions and subdivisions were fully represented.

To enhance fair elections, over 400 polling stations were established across the 360 subdivisions, in order to facilitate voting operations and allow a high participation rate.

The 17 lists constituted of 100 members (10 from each region), among which were 44 farmers, 22 stock breeders, 12 fishermen and 22 foresters. In all regions, all the sectors ( Agricultural, Fisheries, Livestock and Forest) were equivalent represented.

The coordinator of the technical body in charge of organising elections, Rabeler Yamkam Jomo, while presenting the methodology used in checking the documents that accompanied the minutes received from the regions revealed that youths and women represented 60% of the elected. They included 27 women and 33 youths. This came as a great evolution in gender, youths, and men’s training in the electoral process in Cameroon.

It is worth recalling that in the four regions that represent more than one list, the electoral candidates came from the various competing lists, as the electoral code stipulates.

According to decree number 2016/10094 of April 13, 2016, the newly elected members of CAPEF will be in office for four years (2022_2026). In the meantime, candidates whose files were rejected can file an appeal within the deadline prescribed for the electoral process.

In case of any appeals, they will be examined and decisions rendered at the first instance. Once a decision has been taken, the next step, will involve, during the first half of October, the verification and validation of the mandates of elected representatives, the election of the heads of collegial bodies and finally, the installation of newly elected.

Certain Europeans do not think war is a thing for Europe, Ukraine, rather a thing for the Developing countries, Iraq or Afghanistan..

Nine killed in Kharkiv, a residential area in Ukraine by Russian attacks as talks just ended with the Russian side.

Ukraine’s President in a video plans on Releasing prisoners with military experience to help defend Their country.

Vladimir Putin has lost several things within days, among which he’s no longer An honorary President of the international Judo Federation IJF